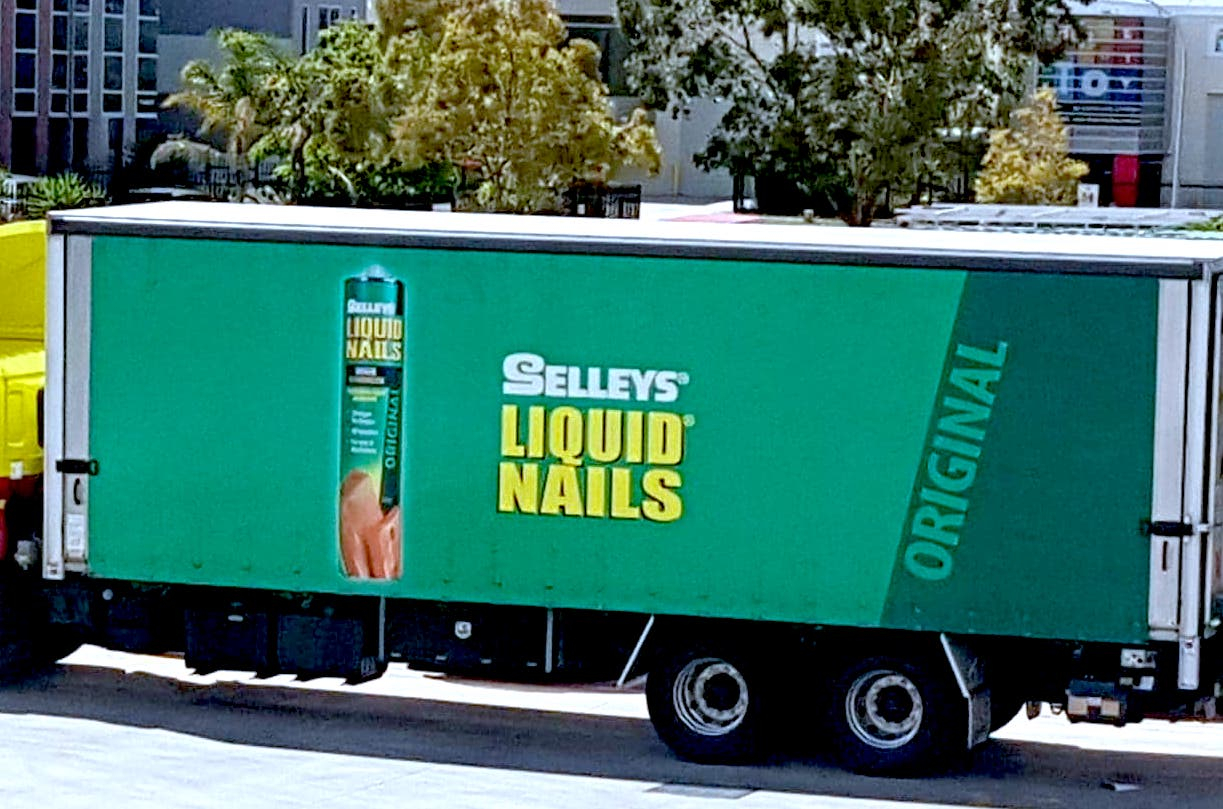 It has become synonymous with construction adhesive in general as a brand in this country, and its presence on worksites is obvious wherever you go — the green cartridges strewn all over the place. And the same applies to the home user — for those DIY jobs that need a stronger hold – like bonding skirting boards back against walls and the like – all one needs to do is check the third-drawer-down in any domestic kitchen and there it is: a little green tube of Liquid Nails.

For many decades, the Selleys company (now under the parent company DuluxGroup) have brought the registered product to the southern hemisphere market to such success that many everyday non-trade consumers think of it first when they need construction-strength adhesive.

But where did it come from?

Established in 1948, an Ohio company called Macco Adhesives produced products for the plastic wall tile market. And in 1964, Macco introduced its first construction adhesive to the world, branded as PA-12. Needing a better brand name that expressed the product’s function in a short, sharp sentence in the mass-market, Macco named the product ‘Liquid Nails’ in 1968, along with the US market slogan – “Done Once. Done Right.” The adhesive was also the first in the world to be supplied in a cartridge for use in a trigger-style applicator.

As a synthetic rubber multipurpose solvent-based product, the product took off across America.

Later on, paint and solvents company Azkonobel—who coincidentally hold Dulux as one of their brands in their portfolio in Australia –took over the Liquid Nails brand and distribution. And then again, some years later, Temple Texas-based adhesive manufacturer PPG took over the product and the brand, despite the brand itself standing alone as a company in Pennsylvania in what can only be assumed is a partnership.

Dating back even further on the other side of the world, a young Martin Selley fled Germany to Australia just before WWII with a patented formula for putties in his pocket. In 1939, he established “Selleys Chemical Company”, launching his two-flagship products Selleys Unifix and Selleys Metallic Cement. From around 1959 onwards, Selleys capitalised on the expansion of the ‘DIY’ market in Australia and became synonymous with sealants and adhesives in the category.

Although it’s unclear how it came to be, sometime from the 60s onwards (or later), Selleys acquired the right to sell Liquid Nails as a product and Registered brand in Australia. As a benefit of Selley’s initiative, the product become known as Selleys’ flagship product for many decades, from skilled tradespeople to household and DIY users.

Today, the company’s branding appears a little different to the US entity’s branding, appropriate to each market, with distribution across Australia, New Zealand and much of South East Asia. It is available at all major and minor retailers and trade suppliers, as well as supermarkets in small tube form.

Although the most famous, Liquid Nails, however, for serious trade applications, no longer stands alone as the only choice for a product that performs the way it does. In a super-competitive space, many manufacturers have nipped at the heels of both PPG and Selleys, with developments on the ratio of the composition that create points of difference compared to the original construction adhesive.

And today, the term ‘construction adhesive’ is becoming more popular in the trades’ vernacular as builders and the like are more open to other manufacturers’ products; that is, if it performs just as well or better, they will use it. This is not to say that the Liquid Nails brand has lost its dominance; in the domestic market, it has lost no brand awareness ground at all.