How Important Are They to the Greater Community?

As of late March 2020, there were 21 major infrastructure projects underway or were in commencement stage in Australia.

Many of the projects that make the news revolve around road and rail initiatives, but the range of project types are far more varied than that; they also encompass utilities, energy, social, cultural and telecommunications-based concerns.

It seems that between stadium rebuilds and an increase in major tunnel projects in Sydney and Melbourne, there’s an unprecedented volume of activity occurring in construction at the moment, the scale of which could be seen as collectively rivalling that of the original Snowy River Scheme and similar nation-changing projects. And for places to live, our city skylines are changing shape on an almost monthly basis, with new high-rise apartment blocks reaching for the sky.

So, for a country with so few states and territories, why the ‘boom’?

The answer may lie in what is considered a perfect storm for a country like Australia: in recent years, despite having been sparsely populated — with a 2020 density of 3.14 people per square kilometre — there has been a sharp rise in the pace of overall population growth in the last ten years, particularly in Eastern Seaboard capital cities.

Of course, with a spike in human numbers contained within smaller areas, so does the demand for being able to move around, power homes and run services. New roads need building, new rail projects need building, new telecommunications infrastructure needs building and anything else that is required by the public in order to carry out their lives in a quality way needs creating.

Also, there are the essential services like water, sewer and waste disposal, all of which rely on a variety of trades-skilled workers for maintenance and the building of new facilities in ‘boom’ suburbs.

With this, many construction companies are even finding it difficult to source enough tradespeople in order to get all hands on deck to achieve completion deadlines. For industry strength, it’s a good ‘problem’ to have, especially in a time of great doubt and anxiety based on global health issues.

More Than the Builders

Outside of those with a drill or concrete pump line in hand, there are many other people working in professions that rely on the initiation of construction projects in order to remain viable, whether what they provide is directly or indirectly related to the bigger picture.

In addition to population growth, the core placement of the construction industry within the economy is seen to be essential to the success of many associated industries.

In all construction and infrastructure-related companies, there are internal support staff, marketing staff, despatch staff, accounting professionals and more.

There’s also a network of associated partners like engineering firms, raw materials suppliers and more who rely on infrastructure projects continuing at all times in order to stay needed and viable.

A classic example of this is a mining or a steelworks town: it’s not just the core activities of digging pits or operating coke ovens that support people’s livelihoods; it’s also the smaller businesses that support the core business like machinery maintenance firms, fabrication facilities, freight forwarding companies and smaller mills that can accommodate extra work.

And peak bodies in Australia encourage this type of network to grow larger and stronger for the greater good.

More specifically, AI’s Chair Julieanne Alroe has stated that, “Rather than a short-term boom, the historic level of activity we are seeing in the sector must, and is likely, to continue for the next 15 years and potentially beyond. This must be the new normal if we are to meet the challenges and opportunities ahead,” Ms Alroe said.

These challenges, predicted and unprecedented, are born in the evolution of a more complex world that is facing big decisions on how to best move people around to places of work, and how they work when they are there.

Where We Are (and Are Not) Going

As of this writing in April 2020, the planet is experiencing, and will continue to experience, a necessary monumental shift in the way things are done. For many decades since the industrial revolution, there has been a constant ‘push and pull’ between industrialists and those who strive for what some might deem a more ‘Utopian’ collection of places in which we work, live and play.

On one hand, the automation of many processes, thanks to digital technology, has been a great efficiency-maker for many industries; and via the internet, a lucrative business tool for selling goods and services.

But it’s a two-way street: besides the benefits gained regarding remote working arrangements, the technological infrastructure that keeps us from needing to physically travel to the shops as much will indeed put more heavy vehicular traffic on infrastructure of the bitumen, tarmac and track kind in order to deliver more and more goods.

With this, road and rail infrastructure projects in Australia are critical for the success of businesses both online and in the ‘real’ world. 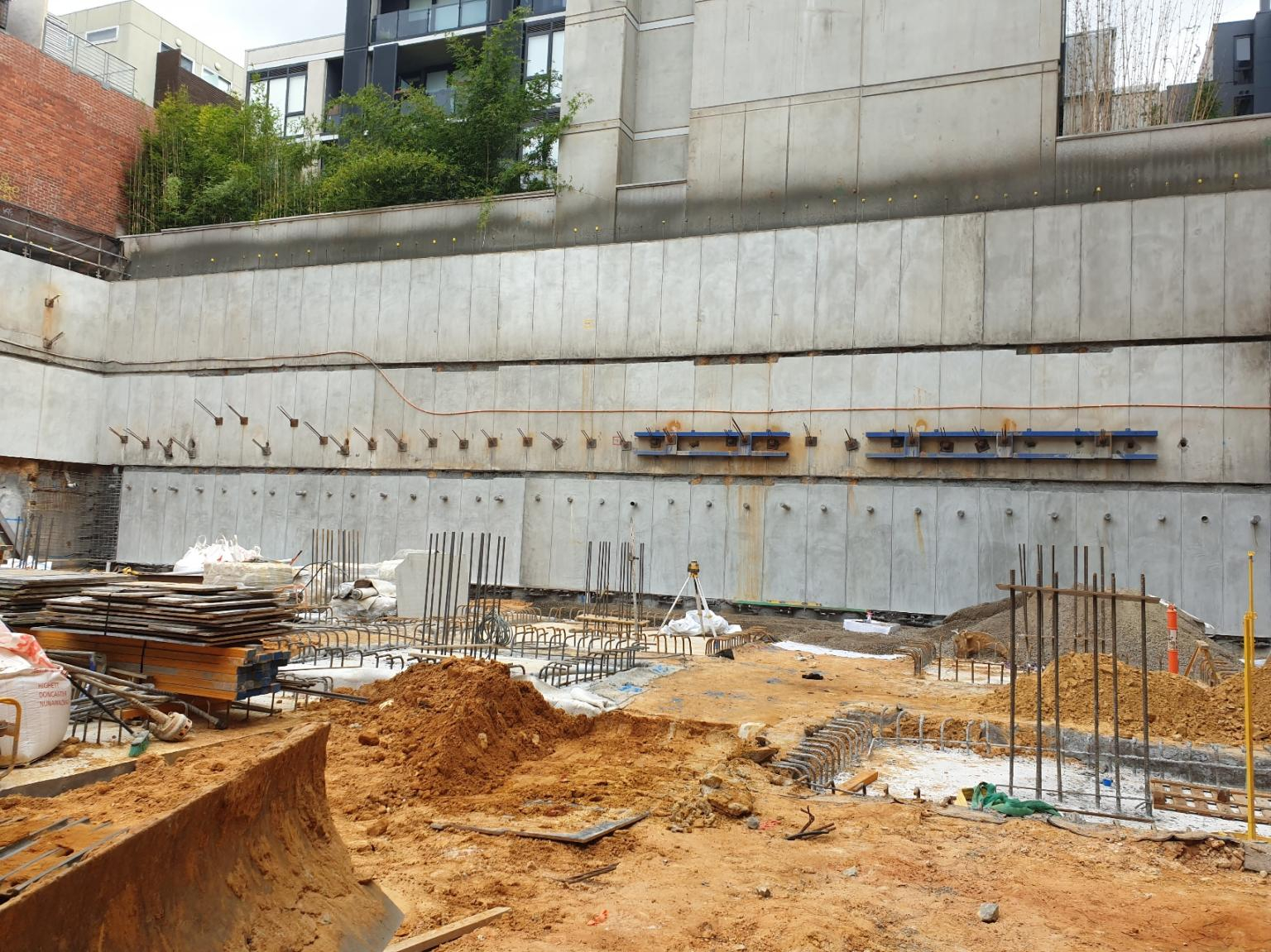 Those Who Push On

When you look at an initiative like the NorthConnex road project in Sydney or the Metro Tunnel rail project in Melbourne, you are looking at a vast and complex collective of tradespeople, materials suppliers, engineering experts, project managers and more, who work together to achieve completion.

For materials, everyone from concrete companies to general construction supplies companies have a stake in the game, as do their own internal network of employees who work to support them.

At the core of the construction supplies industry is one product type that has been as fundamental as the dirt upon which projects are built: the fastener.

For thousands of years, this product has been the very thing that has literally made the realisation of designed structures possible, from basic public furniture to large-scale heavily-fastened projects like bridges and vertical infrastructure like the humble telephone pole.

In Australia, companies like Melbourne-based Allfasteners have had the product at the core of their existence since 1994, supplying everything from a decking screw right up to heavy duty customised stud bolt cages via their recently established heavy fastening division AF Industrial.

Allfasteners’ Steve Strange see what they do as an important service to the construction industry, from domestic home building to large infrastructural projects.

“While pure supply is what we are known for, we as a family-run company have engineering, construction and fabrication in our DNA,” says Steve. “We were doing well for many years, and we continue to do so, with supplying fastening products across Victoria and New South Wales. And within our distribution centre we were plugging along with fabrication staff in a dedicated corner of the building, who have been making stud bolts and custom threaded products for some of Australia’s biggest civil construction companies.”

Between 2016 and 2020, Allfasteners ‘little corner’ of the warehouse became its own standalone division, due to the drastic increase in demand thanks to major infrastructure projects across all public needs — roads, rail, wind power, oil and gas and more.

“Since the construction industry really got its legs in the last ten years, and infrastructural projects started happening at a greater rate, we’ve had to set up a separate and dedicated workshop just around the corner,” says Steve. “It’s a sign that when infrastructure is doing good, companies like us do good. We’re not the only ones either. Electrical suppliers, scaffold companies, worksite infrastructure hire companies like those who deliver portable offices and even the toilets thrive on these critical projects.”

In 2020, the estimated total cost of all proposed and current infrastructure projects in Australia is sitting at approximately $86.29 Billion, all of which will be and is being invested in ways that feed into all companies that have a stake in those builds.

With this and the AF Industrial example being just one company in the mix with hundreds of others, Australian infrastructure projects will continue to reside at the top of a family of differing industry types that rely on the initiatives to survive.