Dear customers we are still operational during the current NSW lockdown. For further details please see here.
For All Things Fixings.
0 item $0.00

The evolution of the Phillips screw driver tip as the most common bit seen today – and when to choose impact driver bits over regular driver bits. 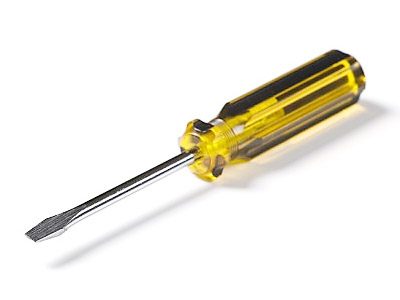 Until the 20th century, the slotted or ‘blade’ style screw head configuration was the most common design for its ease of production. Fast-forward to the power drill – a revolution in the way one could pre-drill holes in various materials, increasing accessibility for screws to be used. This made way for Henry F. Phillips’ design for the cross-recessed drive type credited to his name – the Phillips® drive (c.1936).

The Phillips® driver was first adopted by screw makers and the automotive industry for its self-centring design in the 1940s. Success came with its use in power tools where a slotted configuration was more likely to make the driver slip out of the screw head, damaging the surrounding surface.

Phillips® driver and all other common head types are readily available as driver bits in a range of sizes and lengths typically distinguished by number such as P2 – these are arbitrary in designation and do not indicate dimension.

Why do driver bits break?

Tool manufacturers revolutionised portable power tools with the introduction of lithium-ion batteries and brushless motors. These advances now provide greater and more consistent power. The amount of rotational force that impact drills achieve plays an advantage and disadvantage to the user when driving fasteners and screws.

So why use an impact drill? When longer or bigger gauge screws, which require more torque, are used. Concrete screws, large gauge self-drilling screws into metal, and coach screws into hard woods also benefit from the use of an impact driver. If you are completing fine detail work best to use a drill driver with a variable setting.

Ever heard of Ti-N impact driver bits? It’s not just a pretty coating. Ti-N impact driver bits have two main advantages over regular driver bits – a greater torsional strength and a larger breaking angle which gives them greater flexibility and cushioning under impact, increasing their average service life. This is achieved through the shape of its shank and modified tip effectively shifting the excessive stress away from the tip into a greater torsional zone.

For more on driver bits and accsessories click here or For All Things Fixings contact us anytime.